I wrote this article as part of my Bachelor of Science study at the University or Groningen in 2009. You can download the whole PDF below for free. 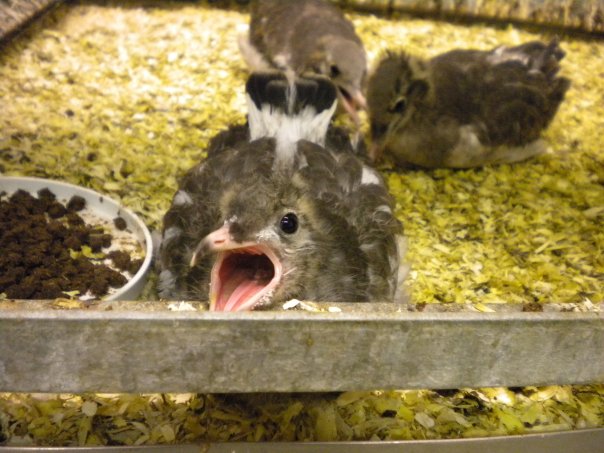 Abstract of the article

Although testosterone plays an important role in complex social behaviour, the effects of this hormone on developing avian chicks remain rather unclear. Previous research on pied flycatcher chicks shows an increase in begging behaviour after experimentally increasing testosterone plasma levels in the short term, while implantation with testosterone in black headed gull chicks results in a decrease in begging behaviour. This opposite role of testosterone in these two avian species could be an intriguing species-specific difference, but could also be the result of the different experimental methodology adopted by the two studies. This study manipulates plasma testosterone levels of black headed gull chicks by means of injections, raising the circulating hormone levels of the chicks only in the short-term (i.e. a few hours). Injections of testosterone resulted in a decrease in begging behaviour, an increase in aggression and an increase in sibling competition. Therefore it can be concluded that the begging intensity of black headed gull chicks is not decreased by testosterone, which is the opposite of the effect found in pied flycatcher chicks.

Introduction: effects of hormones on begging behavior in birds

Gonadal steroids play a very important role in the regulation of complex behaviour in vertebrates. Much research has been done on the effects of various hormones on adults, while only a few studies have been done on young dependent offspring. In precocial and semi precocial avian species social behaviour in this stage of development is very important for survival. In a semi-precocial species like the black-headed gull (Larus ridibundus) the most important social behaviours are begging behaviour towards the parents to solicit food and territorial behaviour towards non-sibling (Groothuis, 1989). The begging behaviour consists of various conspicuous displays and calls and it serves to solicit food from the parents. The displays are head pumping, in which the chick moves its head up and down, begging calls, which are frequent high-pitched sounds and begging pecks, which are quick non-aggressive pecks towards the bill of the parent. The territorial behaviours consist of threat postures and calls and also actual pecking and fighting. The most common treat postures are the oblique and the choking display. The oblique display is a posture were the chicks is standing up tall with the head raised and wing somewhat open and is typical for older chicks. The choking display is a posture were the chick lies down and pecks into the ground. Loud alarm calls are uttered in all aggressive displays. These behaviours are displayed to protect the food brought to the nest by the parents from non-siblings in the colony (Groothuis, 1989). It is surprising that up to now only a few studies have tried to unravel the hormones behind these behaviours.

Want to read the whole article? 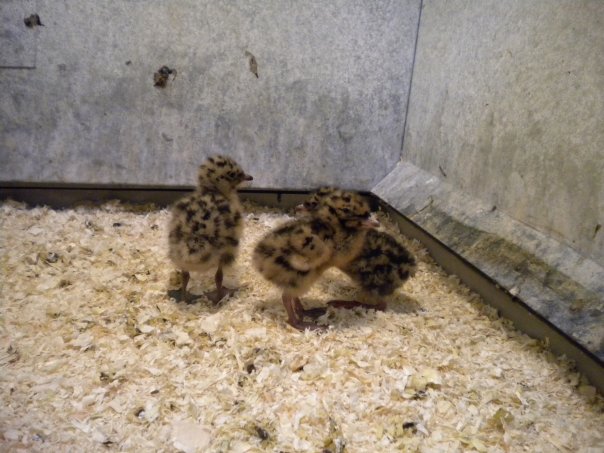